With the BBC’s Charter due to expire at the end of next year, and the coalition reluctant to start the consultation ball rolling so close to May’s general election, it was entirely appropriate that the Culture, Media and Sport select committee should produce its own report to influence the process.

Here was an opportunity to acknowledge the vital contribution of the BBC to the nation’s cultural and creative development and to propose some constructive ideas on how this peculiarly British and internationally respected institution might adapt to a rapidly changing media environment to become even better.

Unfortunately, the committee has failed. It has produced a fundamentally flawed report which appears to start from the premise that the BBC must be smaller and its commercial competitors appeased. Its core recommendations, if implemented, will profoundly and irreparably damage the Corporation.

These proposals start with the hoary old idea that “a small proportion” of the BBC’s revenue “should be made available for other public service content priorities”. Top-slicing of the licence fee has long been the weapon of choice for those who do not want to preserve the BBC as a cultural institution of size and scale, and the committee is explicit in its desire for a reduced BBC which “needs to be able to make bigger, braver decisions on its strategy and inevitably must do less in some areas.”

But which areas? The report is silent, and with reason. As we saw when 6 Music was threatened with closure by then director-general, Mark Thompson, in 2010, niche stations and programmes tend to command highly appreciative, very loyal and very vocal audiences. Indeed, one of the many internal inconsistencies of this report is its explicit praise for the BBC’s ability to “cater for specific demographics and niche tastes, such as Radio 3, 6 Music and the Asian Network’s audiences” as well as the news and children’s channels. Which of these valued services should go, which are “areas that are over-served” and which output is “marginal” is left undiscussed.

As well as top-slicing, the BBC’s critics are thrown another juicy bone. The last Charter introduced a new system whereby the BBC’s oversight body, the BBC Trust, was obliged to subject any new BBC service (or “significant change” to an existing service) to a public value test, including a “market impact” study which would identify any detrimental effect on commercial competitors. This was entirely appropriate and proportionate, but the select committee wants yet another mechanism to “trigger public value and market impact tests where there is prima facie evidence of the BBC crowding out others’ endeavours”. 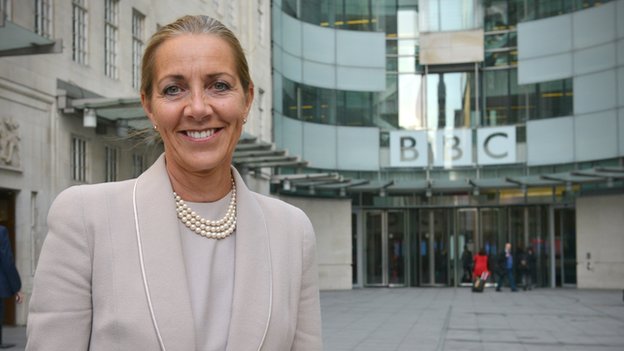 That proposal will bring tears of joy to the BBC’s commercial rivals. Great chunks of the report are dedicated to the professional whining of commercial radio stations (Radio 1 is too popular, Radio 2 is too mainstream, Radio 5 has too much sport) and regional news publishers, not to mention at various points ITV, Channel 4 and online publishers. If each of them could file formal objections, a huge chunk of licence payers’ money would disappear in long-winded hearings and evidence-gathering simply to allow the BBC to do its job.

Nowhere in the report is there recognition that the BBC is part of the market and therefore, by definition, will impact on commercial sensibilities – just as the NHS is a major intervention in the health market and severely dents the profits potential and market opportunities of would-be Harley Street specialists.

The final coup de grace (or potential coffin nail) is a recommendation that the BBC Trust be abolished, to be replaced by a Public Service Broadcasting Commission (PSBC) with the power to withhold funds from the BBC as well as redistribute some of its revenue to other deserving causes. It would therefore “have influence over the BBC … through managing a contestable fund for certain PSB content and genres.”

This idea is in fact nearly 25 years old. It was floated as a Public Service Broadcasting Authority by Damian Green (now a long-standing Conservative MP and former minister) in a report for the right-wing Centre for Policy Studies in 1991, in which the new authority would give a steadily diminishing proportion of licence fee revenue to the BBC. The end result would be a marginalised, unloved, ineffectual rump of a BBC. It was a daft idea then, and it’s daft now.

It is a great shame that some constructive and thoughtful ideas are buried within such a negative narrative. Replacing the licence fee, for example, with a household broadcasting tax on the German model is an idea that merits examination, not least because it will embrace radio and online usage. Adding new BBC public purposes of training and collaboration with other – especially small and local – media enterprises is also a good call.

There is a well-directed warning about diluting the independent voice of World Service, now that it is incorporated within the domestic news operation of Broadcasting House; and there is backing for a greater range of voices and background in commissioning as well as on screen. And, praise be, those outrageously secretive negotiations with government around the 2010 licence fee settlement are wholeheartedly condemned.

Overall, however, the ultimate aim of this report appears to be a smaller, poorer, less publicly attuned BBC filling in the market gaps, rather than a thriving and dynamic institution which serves its audiences and operates in the public interest. The committee acknowledges the BBC’s savings of more than £1 billion in the current Charter period; it admits that reach and appreciation are holding up; it is impressed by the move to Salford, a huge infrastructure project that was delivered on time and on budget; it accepts that every £1 of licence fee delivers £2 of economic activity and it commends the BBC’s overall performance during the Charter period.

Yet it appears determined not to make any recommendations that might sustain the BBC’s ability to make high-quality, universally available, free-to-air, programmes across the board into the future. On the contrary, the committee’s core proposals are so fundamentally flawed that, if implemented, they would do immeasurable long-term damage to the BBC’s national and international reputation. It is a great shame and a wasted opportunity.

Recent Posts
Recent Articles
Portfolio
Yes, the BBC is penitent over the Savile abuse scandal. And now it must lead
UK might get a press watchdog with teeth
CAMRI | Future of BBC should not be left to this committee of MPs - CAMRI
class="pirenko_portfolios-template-default single single-pirenko_portfolios postid-216 samba_theme samba_left_nav samba_left_align samba_responsive thvers_85 wpb-js-composer js-comp-ver-6.5.0 vc_responsive"