Gillian Youngs, professor of creative and digital economy and head of innovation and impact in WSMAD, was the international keynote speaker at the ‘Internet + SHE Innovation and Development Beijing Forum’ in China.

With estimates in China that 55% of entrepreneurs in the Internet industry are women, the forum for leading policymakers, academics and businesses, focused on the role of women’s voices and knowledge in innovation and development in digital economy.

Gillian’s presentation on ‘Inclusive innovation and digital economy: feminist contributions to the challenges’ stressed that feminist perspectives were not just about women but how we understand the overall dynamics of the innovation ecosystem.

While traditionally there had been central attention to the technological aspects of this ecosystem, she argued that increasingly there was awareness that more focus was needed on other elements. 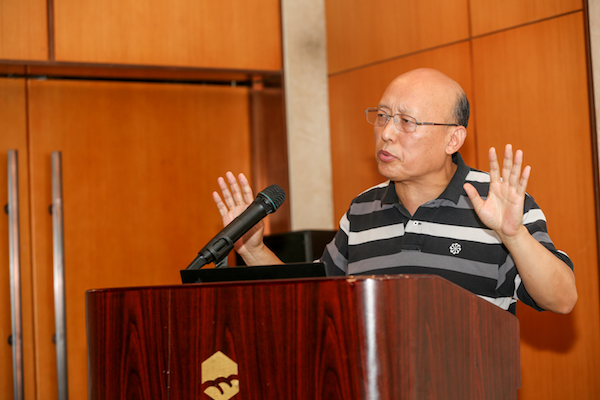 A. Opening speaker Du Ping, Secretary-general of the National Plan for the 13th Five-Year and Former Deputy Director of National Information Center

Notably these included: individuals and communities and their place- and interest-based priorities; organisations from small to large-scale and non-profit as well as profit-driven; and policy influences at all levels to help stimulate and frame innovation.

Gillian explained that feminist critiques had long addressed the importance of transforming the historically entrenched male domination of science and technology and key knowledge and power structures associated with them in theory and practice, political economy and culture. The significance of these critiques was enhanced in an age where the technological realm had grown in both its reach and complexity.

The digital economy and its multiple and widening impacts on how we work, play, relate, recreate and pass time, offered a dramatically new context for revisiting feminist concerns about male domination in science, technology, engineering and maths (STEM).

The more STEM knowledge and structures became embedded in all aspects of daily life and being through digital as well as industrial developments the more their gendered masculinist distortions were likely to become entrenched. Contesting this gender imbalance was at the top of contemporary feminist agendas.

Her major points included the importance of sociotechnical approaches for highlighting: dynamic links across social and technological change and the ways in which they feed into each other; varied identities and motivations, values and agendas; place-based insights; issues around public and private; and the diversity of paths towards inclusive innovation.