Sally-Anne Gross has been recognised by the shesaid.so Alternative Power 100 Music List. The List began as a response to Billboard’s Power 100 List with the aim to challenge conventional music industry standards. Over the past couple of years the #AltList has evolved from a symbolic stance in defiance of its original counterpart to a celebration for traditionally underrepresented communities such as women, people of colour, with disabilities, people from emerging markets, LGBTQ and so on.

This year’s RESILIENCE & ADAPTABILITY theme celebrates those who, in facing extreme challenges brought by the 2020 pandemic(s), have not only succeeded in overcoming them but have also brought positivity to their community when they needed it the most.

Gross was described by fellow award winner Paulette Constable as “one of the true unsung heroes of the music industry – first female director of A&R in a major label, artist management, MBA Course head, Co-Author of ‘Can Music Make You Sick’ published 2020. A total powerhouse who more than deserves some shesaidso sugar.” 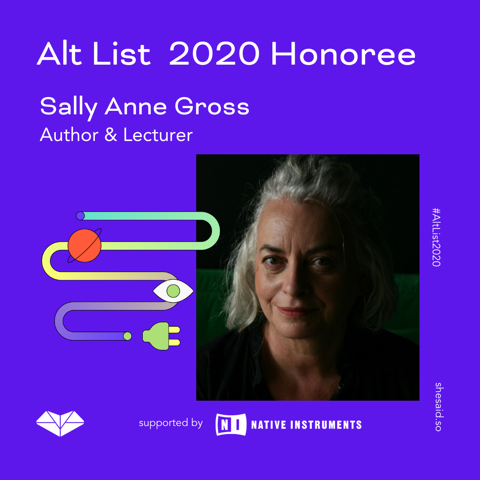