Since Edward Snowden revealed the existence of internet surveillance programmes such as XKeyScore, Prism and Tempora, there have been many discussions of digital snooping and its implications for privacy, freedom and civil rights.

Public discourse has focused on the dangers of the emergence of a surveillance-industrial-complex, in which secret services, global communications corporations and private security companies collaborate.

This focus has somewhat distracted public attention from another form of snooping that affects many of us in everyday life: employee surveillance. A recent ruling of the European Court of Human Rights (ECHR) has alerted us of the developments in this realm of surveillance: a Romanian engineer complained to the ECHR about his dismissal in light of his personal use of Yahoo Messenger on a company device during working hours. He had not just messaged professional contacts, but also his family.

The ECHR rejected the complaint that the company’s monitoring of the employee’s communications violated Article 8 of the European Convention on Human Rights, which protects everyone’s “right to respect for his private and family life, his home and his correspondence”.

Companies’ surveillance of employees’ online communication is widespread. According to a survey of 300 company recruiters, 91% of British employers check job applicants’ social media profiles. Another poll showed that in the US, 66% of employers monitor their employees’ internet browsing and about a third have fired workers for internet misuse.

But why is there so much employee surveillance today? Companies in general tend to favour the surveillance of communications of job applicants, their workplace and staff, property, consumers and competitors in order to ensure control over the production, sale and consumption of their commodities, thereby guaranteeing the accumulation of capital. Surveillance and control are inherent features of capitalism.

The key point in the ECHR’s ruling is that there has been “no violation of Article 8 of the convention” because the court found “that it is not unreasonable for an employer to want to verify that the employees are completing their professional tasks during working hours”.

It is important to note that the ECHR’s judgment was taken acknowledging that the company monitored two Yahoo Messenger accounts of the dismissed employee, one used for professional and one used for private purposes. The implication is that employers are legally allowed to monitor all employee communications during working time on company-owned devices.

Always on the job

The ECHR’s legal judgment seems to disregard changes to working life in the digital age that do not allow us to strictly separate working and leisure time. Under the conditions of neoliberal digital capitalism, the boundaries between working and leisure time, the workplace and the home, labour and play, production and consumption, and the private and the public have become blurred and liquefied.

Employees tend to also access and answer e-mails at home as well as on the way to work and back home. Many people search for job-related information on the internet out of regular working hours at home, in cafés, on the train – anywhere you care to imagine. Social media profiles often have no clearly private or professional character because social media are convergence media – our online contacts and communication involve people from different social contexts, including our family life and friendship groups and involve our working life, politics, civil society engagement and the rest. 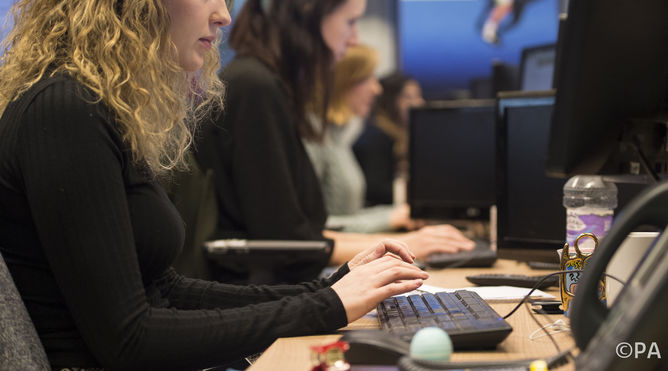 The general tendency is that there is a 24/7 always-on culture that benefits companies’ profits and turns ever more leisure time into labour time.

Given that under such conditions many employees tend to complete professional tasks out of regular working hours, it is ethically unreasonable to grant employers the legal right to monitor all employee communications on company-owned or other devices. It is also not reasonable to assume that all employees can carry around multiple privately and company-owned laptops, mobile phones and tablets that they use either for personal or professional purposes with separate private and professional social media and email accounts at clearly defined and separated times of the day in order to communicate with neatly separated groups of private and professional contacts.

An employee messaging a personal friend via social media on a device owned by the company he works for, using either his personal or professional ID, is taking a break from work. Given the complexity of today’s economy and the emergence of flexible working times, it is feasible to assume that employees’ breaks also need to be flexible. Company rules, regulations and legislation need to be brought up to date with these complexities.

The unfortunate reality seems, however, to be that many employers, legislators and judiciaries assume that large parts of the day have to be seen as labour time that employers are allowed to monitor. In my view, such surveillance practices do not merely undermine the right to privacy and the right to private and family life, but also the “right to rest and leisure, including reasonable limitation of working hours”. They furthermore advance a workplace culture of suspicion, distrust and control that harms both employees and companies.