Connecting Communities: Knowledges, Maps and the Issue with Big Data

How can aid organisations improve their communication with the people they’re trying to help? And how can local communities share and use knowledges in societies where activism can mean persecution or even death? These are some of the questions addressed by a researcher from CAMRI (Communication and Media Research Institute) at the University of Westminster.

n 2007 geographer Doug Specht visited Los Pozitos, a small village in north-western Nicaragua. During the mandatory guided tour he was shown the village well, which provided the community with clean drinking water. Later on the tour, he was shown the village’s second well. That had been built by a development organisation whose maps appeared to be out of date. Two wells might seem a bit excessive, but the villagers didn’t complain. Then Specht was shown well number three. Inaccurate data and maps had led several organisations to the same village where they constructed well after well, while nearby villages still lacked access to clean water. This experience became the starting point of an ambitious project aimed at improving the use of knowledges to connect communities.

Fast forward ten years, and Doug Specht is now a Lecturer at the University of Westminster where he works on a project on how local communities and aid agencies can create, share and use data. Using his background in geography, Specht has worked alongside a number of organisations including Friends of the Earth, UN-GGIM (United Nations Global Geospatial Information Management) and local actors, such as Semillas de Auga in Colombia, and MUFRAS-32 in El Salvador, to use maps and data to connect local communities.

The current tendency in both research and development work is to focus on ‘big data’ and letting computers and algorithms aggregate vast amounts of information. However, just like the well-less map of the Nicaraguan village, data and data visualisations can miss important points. This is linked to the inherent issues with data and the people interpreting it. As we celebrate the opportunities promised by ‘big data’ we tend to forget that the way in which it is collected, processed and analysed will always be influenced by humans.

“I’m trying to get people to question big data in the same way we would question a newspaper.”

According to Specht, this means that using ‘big data’ in development projects risks creating a mismatch between organisations and local communities. The global north tends to monopolise data, which is problematic for the global south. This is linked to fundamental attributes of human communication, such as power relations and inequalities, but also to economic structures. Extracting data from south to north is cheap, sending it the other way is hugely expensive. 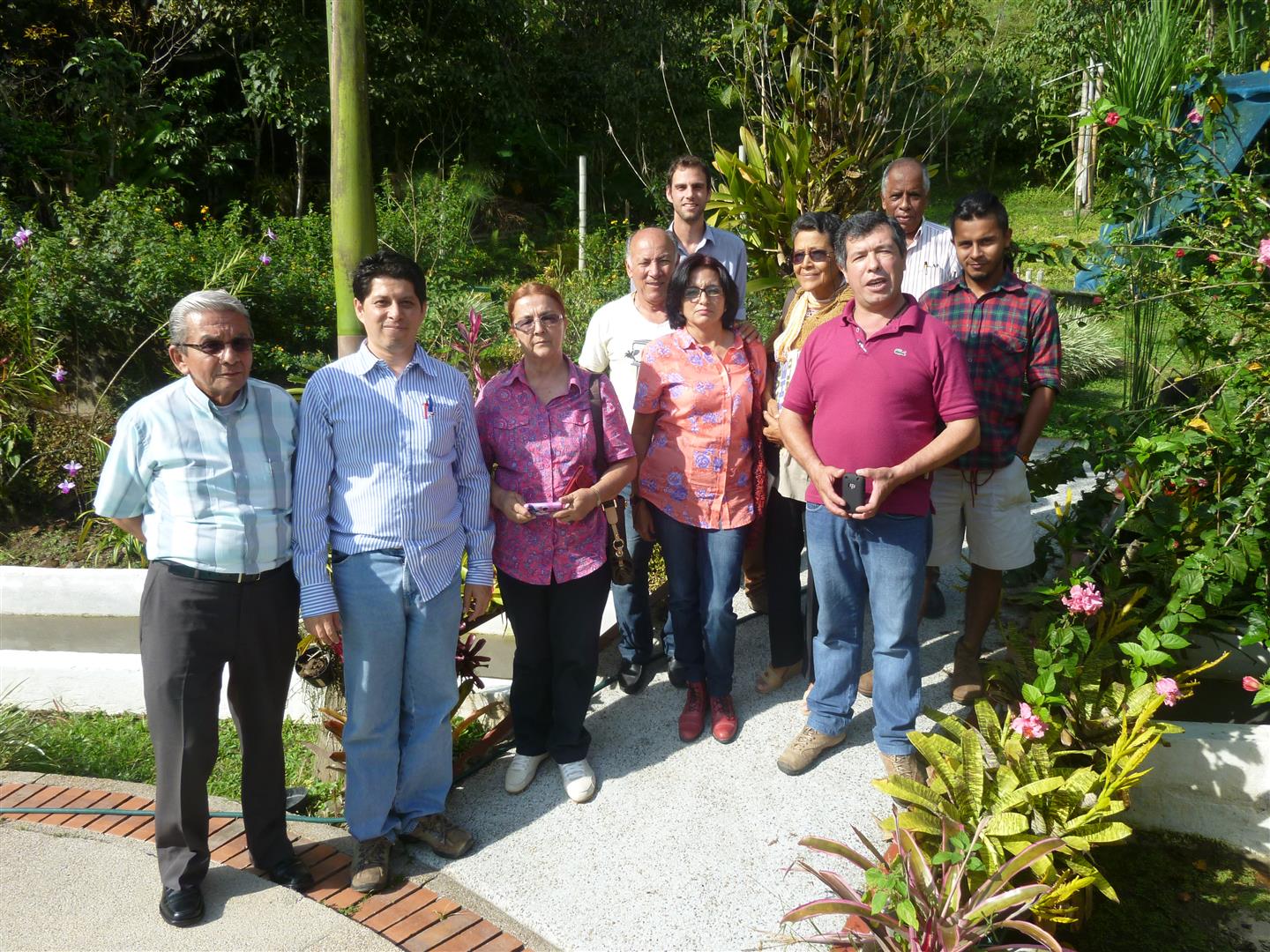 Some of the local activists using the online Voz platform to share information.

The solution devised by Specht during his time at the University of Amsterdam, and further developed at CAMRI is to facilitate direct communication between people and communities in the global south. This way, local and indigenous knowledges can be codified in data and maps, which will then be freely available. In practice, this means an online platform where local activists can upload text document and photographs, which are then automatically geo-tagged and translated into five languages. In that way, local communities can create and curate their own stories for other local communities to use.

“If you don’t tell your own story somebody else will.”

So far, the result is communities in Chile, Colombia, Nicaragua, Honduras and El Salvador communicating about education, elections and human rights and environment abuses. The communication on the online platform has helped to contribute to the closing of a mining project, and the suspension of a mega damn on indigenous lands. It has also increased communication between local activists and communities.

Such a project comes with risks. Many of the activists live in repressive societies where people are routinely arrested and murdered. Several partners of the project have been assassinated because of their general involvement in protests and activism, and Specht has himself been threatened. To mitigate this risk, the online platform uses Icelandic servers, as the data protection laws there are strict enough to protect the users. The platform is also heavily encrypted so that only the information itself is available, not the people providing it.

The overall aim of the project is not to set up an agency or an organisation. The goal is rather to connect local communities directly. The online platform is meant to be completely self-sustaining and facilitate direct communication so that the relevant data doesn’t have to go via the global north. On a more abstract level, the aim is also to challenge the way in which we use ‘big data’ and allow computer scientists and technology companies to interpret it.  In this way, the aim is to connect people who work to stop human rights and environmental abuses and allow more voices to be heard.