Distribution Dilemmas for Public Service Media: Evidence from the BBC

A Book Chapter by Maria Michalis, published by Nordicom 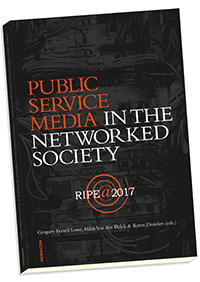 This chapter draws on critical infrastructure studies to deliberate on the growing importance of the distribution of public service media content in the networked society and encourage citizen-user engagement in distribution. The author critiques the notion of ‘networked society’ and examines the emerging television environment to draw attention to transformations as well as persistent continuities. The complexity of media distribution creates dilemmas for public service media, as the BBC case study shows. If public service media is about content that is critical to the functioning of democratic societies, for enhancing social cohesion and promoting cultural diversity through in- vestment in original content, then how that content is found and how it reaches people are crucially important questions. In short, the distribution of, and the terms of access to, public service media content has significant public interest implications which are the focus of this chapter.

Her research interests are in the field of communication policy and regulation with a view to advance understanding of how technological, market, social, political and ideological changes impact upon and are negotiated through power relations and structures as manifested in policy and regulation, primarily in the European Union but within a comparative context. Her current research interests include public service media; Internet regulation; and the interplay between the technological convergence of television and telecommunications/internet, policy and business models.