Immaterial Labour and Reality TV: The Affective Surplus of Excess 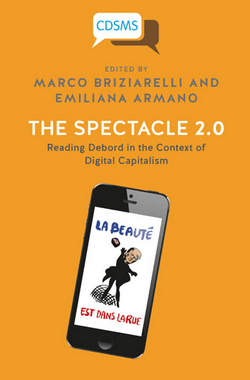 Drawing on discussions of neoliberalism, immaterial labour and exploitation of reality television participants, this article argues that the patients on the British reality show ‘Embarrassing Bodies’ are exploited because they receive no monetary return for their performances and are frequently shamed on camera. It then seeks to theorize exploited labour on reality television through Debord’s notion of the Spectacle. The author argues that in contemporary reality television the Spectacle is amplified through shame and affect. This is particularly evident in programmes that are about health and the body. The spectacular labour depicted in such programmes may serve to attract audiences for entertainment purposes, as well as to discipline them so that they remain healthy and productive workers.

Chapter from the book: Briziarelli M. & Armano E. 2017. The Spectacle 2.0: Reading Debord in the Context of Digital Capitalism.

Jacob Johanssen's work revolves mainly around two themes: exploring Freudian psychoanalysis as a theory and method for media audience research with a particular focus on psychoanalytic conceptualisations of affect, as well as using psychoanalysis to think critically about contemporary digital culture more broadly.

His research interests include audience research, social media, digital labour, psychoanalysis and the media, affect theory, psychosocial studies, critical theory, as well as digital culture. His work has appeared in the International Journal of Cultural Studies, International Communication Gazette, and Interactions: Studies in Communication and Culture.