The Media and Philosophy Research Network at the Communication and Media Research Institute links the study of the media to key debates in philosophy. By asking philosophical questions that challenge our field’s hermeneutics, we seek to revitalise media studies debates. The network, organized by Mercedes Bunz and Tarik Sabry, brings together researchers from the University of Westminster and other universities in the UK from fields as varied as media studies and philosophy but also cultural studies, anthropology, art criticism, ethics and computer science.

Today we are finding the question of the media and technology again at the heart of our (post)human existence. Rethinking media studies through the lenses of philosophy leads to a much needed deeper understanding of the complex role of media and technology in the twenty-first century.

The collective is inspired by a long tradition in CAMRI that has historically examined the media through a systematic engagement with philosophy. Nicholas Garnham, Emeritus Professor at the University of Westminster, was the first media scholar to introduce the work of Jürgen Habermas to the English-speaking world. Paddy Scannell, an internationally renowned media phenomenologist and former Professor at the University of Westminster, played an important role in introducing the work of Martin Heidegger to media studies. Currently, Christian Fuchs, a Professor of digital media at CAMRI, has re-examined key philosophical texts by the Frankfurt School considering new developments in digital media.

For our next meeting of the Media and Philosophy network, we will focus on the topic of philosophy and sex/uality. We will read What Is Sex? by Alenca Zupančič. Please read the Introduction and Chapter 2 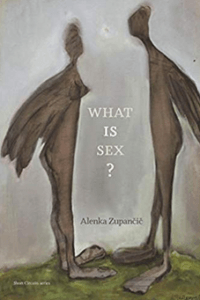