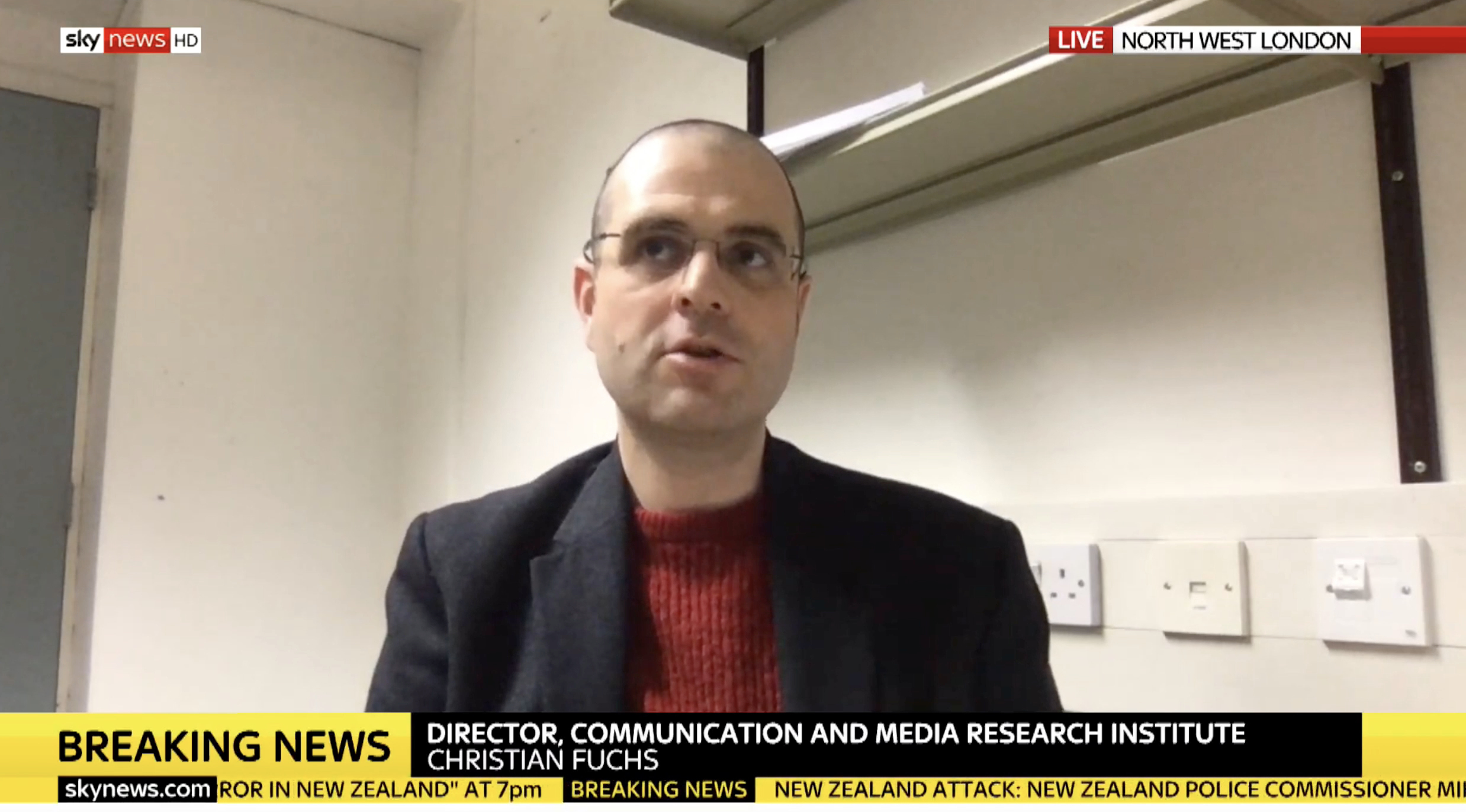 The fascist terrorist who attacked two mosques in Christchurch livestreamed his killings over Facebook. He killed 50 Muslims and injured a further 50. Christian Fuchs, co-director of the Communication and Media Research Institute, commented in an interview on Sky News: “The whole issue shows us that we live in a digital society of the spectacle, where terror has become a digital spectacle. […] At the time of Hitler and the Nazi-fascists, they tried to conceal and make their terror invisible. […] The contemporary fascists in the digital age, the age of YouTube and Facebook, want to have as much public visibility as possible, even by making use of the live-broadcasting of their terror via Facebook, YouTube and other online means”.

Fuchs said that given the networked nature of the Internet, it is often not possible to completely remove videos once they are online and that the mainstream media give too much attention to terrorist spectacles. He argued for a different approach: “It is important that the media do not replicate the spectacularism of live-broadcasting, but focus on a different kind of story. There are lots of people out there showing solidarity and compassion. There are Twitter hashtags like #PrayForNewZealand and #TheyAreUs. Lots of people upload videos to YouTube in order to tell the families of the victims how sorry they feel. There are anti-fascist initiatives putting information out on social media. Instead of reporting so much on the spectacle, more attention should be given to these compassionate forms of using social media”.