Writing, drawing, and discussion: Doug Specht on Cézanne as Cartographer

Over the last month senior lecturer and chartered geographer, Doug Specht, has been taking part in the Cartographies of the Imagination exhibition and forum. Cartographies of the Imagination was an experimental drawing festival held in the RIBA award-winning OmVed Gardens and Glasshouse in Highgate. Hidden just behind Highgate High Street, the otherworldly setting formed the inspiration for a series of conversations, workshops, feasts and a growing exhibition exploring the world of drawing between the real and the imagined. As part of the month long programme of events, Doug has presented work on the intersection between the landscape paintings of Paul Cézanne and the processes of map making and reading. Doug’s contributions to the festival have included digital artworks (see below), presentations, and a short essay (reproduced below) published in the festival’s accompanying book.

By Doug Specht, reproduced from the limited edition book Cartographies of the Imagination. 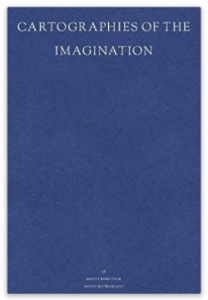 To map is to take a measure of the world, to take the shifting complexity and liveliness of society and turn it into something fixed and dead. From the middle ages onwards the role of the cartographer increasingly became that of a mathematician, transforming datasets into 2D and 3D artefacts, producing ‘truth documents’ to aid in navigation, the fighting of wars and controlling property ownership.  The world was condemned from then to misrepresentation, and cartography became embroiled in pernicious geopolitics, colonial ambition and imperial wars. The role of the cartographer became a normative one, to reduce errors and create every more effective maps through good design, this was done through careful scientific approach to representation of distance, direction, and symbols that reveal data. Aiming not only to depict the world graphically, but also to reveal hidden or imperceptible ideas about the world around us, the map became seen as a factual record of the world, a functional tool, and a statement of fact.

Maps though are not factual; they are not scientific and they are not representative. Rather than paint a picture of reality, they create reality. As Deleuze and Guttari put it in A Thousand Plateaus; ‘the map does not reproduce an unconscious closed in upon itself; it constructs the unconscious’. A map then is not neutral, is not objective, but are laden with power, a power to create rather than reveal knowledge. The map maker must make a thousand choices about what to include and what to leave off the map, making maps complex texts that are not authored in simple ways. It is though not only the authorship that is complex, but the readership too. Barbara Petchenik argued in her essay on cognition in cartography, that the reader gives meaning to the map, that maps are interpreted and understood not through the eyes of the cartographer, but through the history, knowledge, prejudices and predispositions of the viewer. This is well trodden ground, many scholars have revealed and put forth the issues of power, incompleteness and misrepresentation of maps, yet the map continues to be privileged, and the map maker persists in seeking a pseudo-scientific fidelity of appearance.

Artists too long sought a pseudo-scientific representation of the world. Alberti’s Della Pittura (1435) drew up the rules for painting that would transform the art world, leading the way for every more realistic depictions of the world, drawing upon the rationality of the enlightenment to create ‘true’ renderings of the world. In 1910 though, a new artistic revolution began at an exhibition entitled ‘Manet and the Post-Impressionists’. The show organised by critic Roger Fry at London’s Grafton Galleries introduced England to the work of Seurat, Van Gogh, Gauguin and Cézanne, and the notion of post-impressionism itself – the term was coined for this exhibition. The exhibition though was a public and critical disaster, yet it became one of the most important moments in the history of modern art. Returning to that exhibition could also be one of the important moments in mapping theory.

While the show named Monet in the title, the star of this show was in many ways Cézanne. His work caused outrage, and turned the crowd against Fry, who they declared insane for including him, and Cézanne’s paintings were denounced as an ugly untruth. Cézanne had dared to break with attempts to paint the world as a scientific representation. Instead, his paintings, notably La Montage sainte Victoire vue des Lauves (1901-1906) appeared unfinished. Large expanses of blank canvas were presented to the viewer. Cézanne called this technique nonfinito, borrowing the term from sculpture where it describes the process pioneered by Donatello of leaving some of the block of stone unsculpted and raw.

Cézanne’s work has been similarly dismissed in his home country of France, and they were never seen for their genius in his lifetime. While these paintings were impossible to sell, unfazed Cézanne spent the last years of his life painting landscapes comprised of ever more blank canvas. While the paintings were by most measures incomplete, they were also more complete than anything that had come before them; “finished or unfinished, it always was what looked like the very essence of an oil painting, because everything was there” noted America novelist, Gertrude Stein. What Cézanne was experimenting with was placing the viewer of his paintings within them; into the landscape. Forcing the viewer to acknowledge that something was missing, and that the brain would complete the picture itself. Each person who gazed upon these works would see the truest of landscapes, but they would understand that it was they, the observer, rather than Cézanne, who was completing the image. Cézanne understood that when we see a landscape, we situate ourselves in it, and where this is missing, we are deprived. Rather than depriving us of a completed picture, Cézanne gifted us a new way of understanding how we see the world around us. In the words of Roger Fry who opened the 1910 exhibition he had escaped the ‘the cliché’ of representation’.

Cézanne then understood how to reimagine representations that had long been imbued with power, prejudice and misrepresentation. In this respect his works can teach us much about how to deconstruct the creation and reading of maps and cartographic artifacts. While the it is well acknowledged that maps are symbolically charged, filled with signs and mythologies (Barthes, 1957/1972), it is the absences that should most draw the critical scholar. Maps are by their nature laden with nonfinito. The cartographer, just as the artist must make choices about what to include, and what to leave off. No map can be anything more than a fraction of its real subject, to do that would require a map of 1:1 scale which included every feature of the land replicated perfectly, a feat only achievable in the fictional world of Borges’ celebrated story On the Exactitude of Science. The choices about what to include, and what to leave off do not though just affect how the artifact is created, but also how it is read. 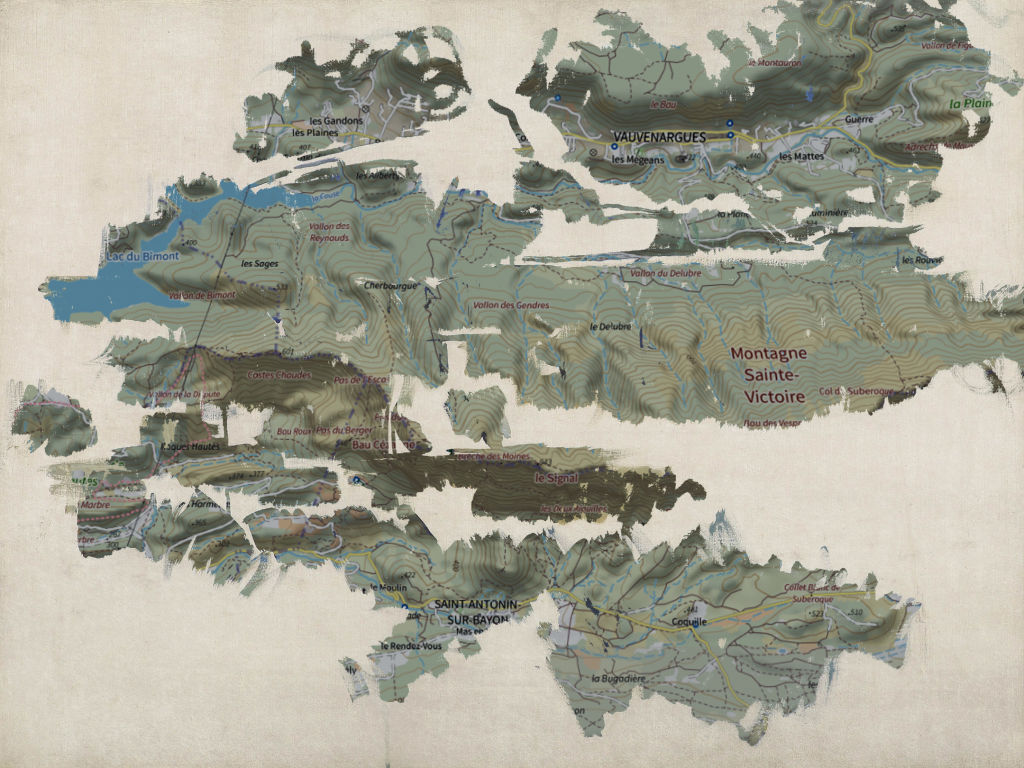 Even when the best of intentions are applied to the creation of a map, the gulfs between what (and who) the creator thinks they are representing, the feelings of the represented, and the reading of the viewer, are often huge. The reader can only view the map through their own history, knowledge, preconceptions, and these leak into every gap of nonfinito. All hope that the creator and the reader might find consensus in what the map represents vanishes. To borrow from Wittgenstein, the meaning of the map is not just injected in its creation, but even more so in its use, or reading.

Representations of reality, be they maps or paintings, are invariably projections in both the literal and metaphorical sense. Projecting onto the world the subjective, abstract and emotionally charged ideas of the creator about what is real and meaningful. To understand these abstractions, we have long looked at what was included in maps and how it was represented, but to understand these processes fully we must also look to the voids. Not just what is missing, but to how the reader will fill those voids. Cézanne’s work forces us to acknowledge that nothing is complete, that the mind works to fill the voids with memories, prejudices and our own histories and geographies. At the time they called Cézanne’s work an ugly untruth, but to read as map as we read his paintings would be to reveal that both are indeed beautiful untruths of the viewers making.