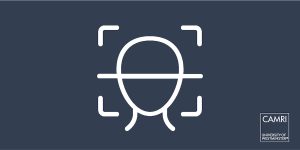 This talk examines the intimate relationship between race and technologies through time. Utilising the idea that technologies supplanted the ‘logic’ of racialization as mimetic instruments of social control and violence. It interrogates the present arrangement of platform capital, and its modes of re-abstraction of race into its fibres and terrains of re-territorialization of the human spheres of social, economic and political life. If capitalism reframed and consolidated racialization through its territorialization and primitive accumulation, the platformization and digital capital redrafts and redistributes its racial logic in new modes of reassembling social and economic life through data, machine learning and software designs emulating the mimetic violence of racism.

Yasmin Ibrahim is Professor in Digital Economy and Culture at Queen Mary, University of London. Her research explores the socio-cultural dimensions of digital technologies and its implications for humanity. She also writes extensively on race, migration, border controls, Islam and terrorism. Her forthcoming book is entitled Technologies of Trauma: Cultural Formations Over Time. Her two recent books include Posthuman Capitalism: Dancing with Data in the Digital Economy, and Migrants and Refugees at UK Borders: Hostility and ‘Unmaking’ the Human.