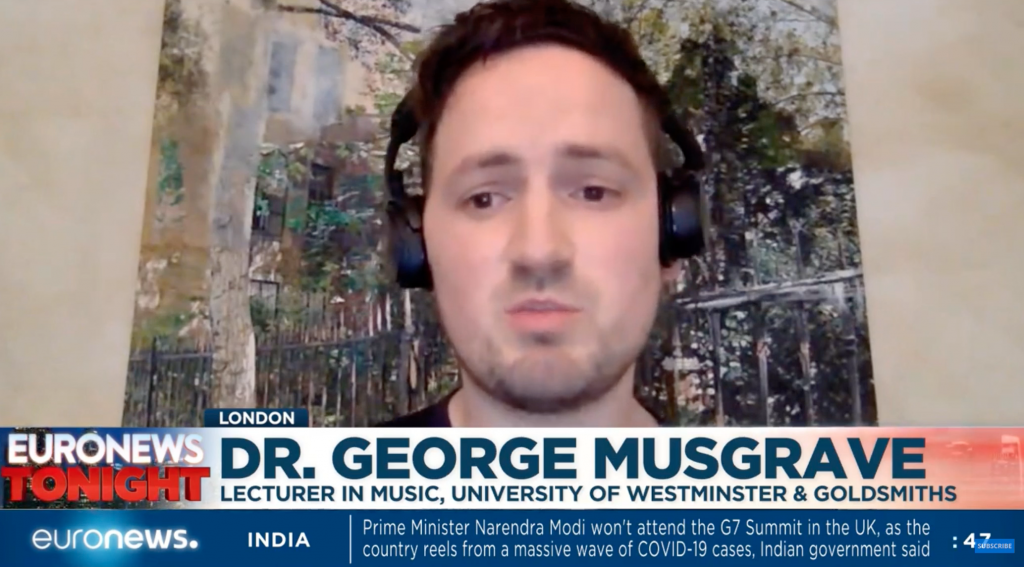 .
Dr. George Musgrave was interviewed live on Euronews discussing what the return of the BRIT Awards symbolises for the music industry. Drawing on his research on mental health, Dr. Musgrave suggested that after a year which has been so challenging for musicians suffering both economically and from a loss of identity, as well as for fans suffering from the absence of the sociality of music, tonight’s BRIT Awards represent a small ray of hope for an industry which has suffered so much. He has also offered his thoughts of which of nominees he hoped were successful, from AJ Tracey to MNEK.
With a reach of almost 400m households in 160 countries, broadcast in 9 languages, EuroNews are the most watched international news channel in Europe, with 135m monthly viewers and users worldwide.
Share this News