[CANCELLED] Tuning into Media Distortions or, What Do Deviant Media Categories Mean? 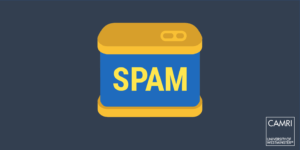 In this talk Elinor Carmi will talk about the politics behind categories we take for granted such as spam and noise, and what it means to our broader understanding of, and engagement with media. Her book Media Distortions synthesizes media theory, sound studies, STS, feminist technoscience, and software studies into a new composition to explore media power. Drawing on repositories of legal, technical and archival sources, the book amplifies three stories about the construction and negotiation of the ‘deviant’ in media. The book starts in the early 20th century with Bell Telephone’s production of noise in the training of their telephone operators and their involvement with the Noise Abatement Commission in New York City. The next story jumps several decades to the early 2000s focusing on web metric standardization in the European Union and shows how the digital advertising industry constructed what is legitimate communication while making spam illegal. The final story focuses on the recent decade and the way Facebook constructs unwanted behaviors to engineer a sociality that produces more value. These stories show how deviant categories re-draw boundaries between human and non-human, public and private spaces, and importantly – social and antisocial.

Elinor Carmi is a digital rights advocate, feminist, researcher and journalist who has been working, writing and teaching on deviant media, internet standards, (cyber)feminism, sound studies and internet governance. Her second monograph will be out in early 2020 titled “Digital Distortions: Understanding the Power Behind Spam, Noise, and Other Deviant Media”, published on Digital Formation series at Peter Lang publishing.

Currently Elinor is a Postdoc Research Associate in digital culture and society, at Liverpool University, UK, working on several ESRC and AHRC projects and part of the Nuffield Foundation funded project Me and My Big Data: Developing UK Citizens Data Literacies. Before academia, Elinor worked in the electronic dance music industry for various labels, was a radio broadcaster and a music television editor for almost a decade. She also tweets @Elinor_Carmi.