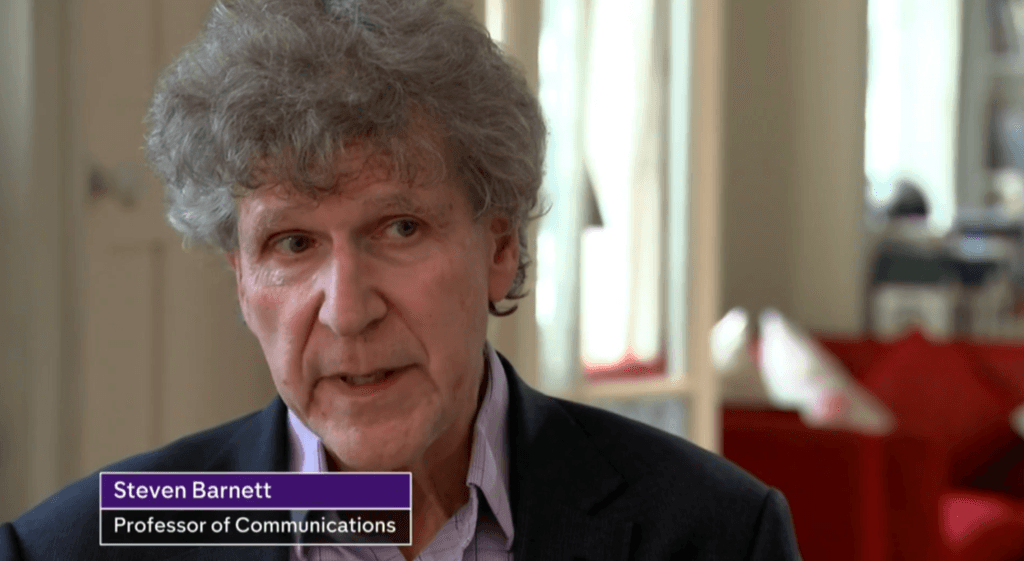 Prof. Steven Barnett spoke to Channel 4 news about reports that the new Conservative government is reviving  plans to decriminalise non-payment of the BBC licence fee. The item revealed that 130,000 people were prosecuted for non-payment in 2018, with 343 people receiving prison sentences between 2014 – 2018. Decriminalisation was raised under David Cameron’s Conservative administration, but an independent review set up by Cameron concluded that the current regime was “fair and proportionate” and that any change would see higher rates of evasion. The speed at which the new government, under Mr. Johnson, has raised this issue again has prompted concerns amongst some observers that it represents a deliberate assault on the BBC. In his interview, Prof. Steven Barnett stated that “it is pretty clear that this is a cover, a fig leaf”, and that reviving this policy is a government attempt to “inflict some damage on the BBC”.

The full item can be watched on the Channel 4 News website.